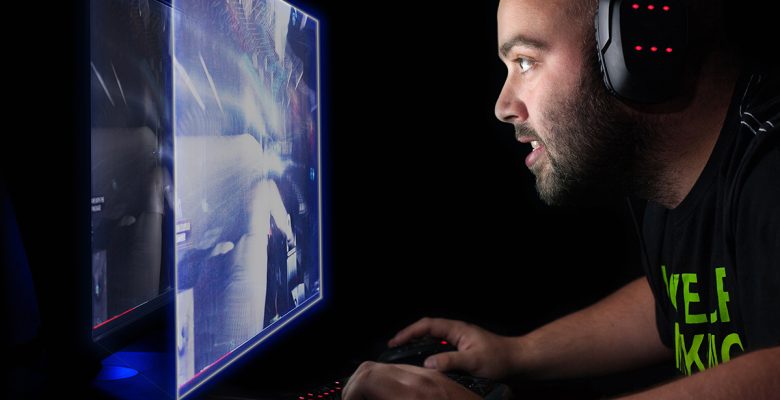 We typically think of malware as something used to steal data from corporations or knock down websites in politically motivated attacks. But if you’re a gamer, sometimes it’s simply a tool for winning.

SophosLabs threat researcher Tamás Boczán has been studying this trend, and recently gave a talk about it at BSides Budapest. This article reviews his findings and offers us a chance to share some of his presentation slides.

Anatomy of a cheat

In the presentation, Boczán explained his motivation for the gaming research:

I see a lot of different malware at Sophos, and I’ve also heard a lot about video game cheats. Then I started to dig into cheating, and I found that it’s very similar to malware. What I mean by cheat is a software for changing an online, competitive game in real time.

He shared video examples of what some of the cheating looks like, though we’ve chosen to only show still shots because advertising the behavior is illegal.

In one clip from Ghost Recon: Wildlands, he shows how the player can see things he shouldn’t. He can see from the frames where the enemies are behind the walls, and some data about them, like what weapon they are holding. The enemies here are other players:

In another video sample for GTA online, we see that the cheater does a huge jump, then goes invisible. He couldn’t do these normally in the game, Boczán said.

He said games are similar to malware in that their methods are exactly the same. The difference is in the purpose. Their economy is also similar. There are cheat groups and companies creating anti-cheat solutions, and there has been an arms race between them for 15 years. He added:

He described the basic set-up of the games, in which many players are connected by a server, a mutual game state is computed and the attacker – the cheater, in this case – is one of the players. The goal is to gain an unfair advantage.

As cases of cheating have risen, so have the examples of anti-cheat technology from various companies. As various sides have upped the ante, both sides have drawn in people of greater skill. He said:

Hacking an online game is not that easy any more. In the old days, script kiddies could to do it, but now hacking is a serious game that requires a skilled attacker. So why would a skilled attacker waste their time and skill on a video game?

He mapped out the sequence of events this way:

Boczán told his audience that the oldest cheating method is file injection. He mapped out the process:

Nowadays both cheat and anti-cheat developers are focused on this method, he said. Anti-cheat solutions heavily obfuscate the memory contents and try to detect injections.

A second method is the use of bots, which he mapped out in this slide:

Spam and phishing are the wild cards in the world of game cheating. They don’t require technical skills, and they are the easiest way to steal accounts or advertise. He said:

Spamming can happen on the chat in-game, where there are no anti-spam solutions, and attacks are not mitigated at all.

In the following example, the window on the left is a spambot advertising a website. On the right is someone impersonating an admin of the game in a phishing attack: In a couple of slides, Boczán mapped out the defensive measures that are either in use or under development:

For the client side: For the server side: He said the anti-cheat software developers are following a similar trajectory as that of anti-malware software. Despite its  problems, he said, behavioral analysis is taking more of a role in the defensive tools under development, and he has hope that such tools will work better in the near future. He also has hope for the tools under development that incorporate machine learning. He said:

About two weeks ago someone representing Valve announced that they’ll be doing machine learning as part of their anti-cheat solution, stepping on the same road some security companies have.

Though anti-cheating software developers have some work to do in improving their tools, Boczán said there are immediate actions users can take in the event they’re targeted by cheaters, though none of the options are perfect: