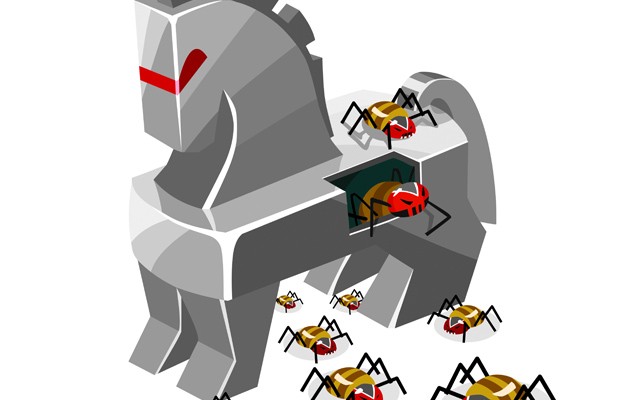 The authors of a malware sample that has been around for more than two years have yet another trick for distributing it.

The Kovter malware sample that has infected systems around the world for the past couple of years is proving to be a case study in how threat actors constantly tweak their malware to keep one step ahead of the defenders.

Trojan Kovter surfaced about two years ago as a screenlocker and scareware sample masquerading as a law enforcement tool. Since then it has been used in click-fraud and malvertising campaigns, as data-encrypting ransomware, and a malware installation tool.

Kovter’s authors have used a variety of ways to distribute the malware, to avoid detection, and to gain persistence on infected systems. For instance, Kovter is among the first file-less malware tools that resides only in memory and runs from the system registry rather than the disk to evade detection by file-based malware detection products. It also has been seen masquerading as Firefox and Chrome updates and as a JavaScript downloader.

“Compared to the previous wave in July-August, where it was delivered as Chrome or Firefox update or as a zip file, this time it came as a macro with click-based activation documents,” says Michael Gorelik, vice president of research and development at Morphisec.  “It was not enough to enable the macro content, the user needed to also click on the image inside the macro,” Gorelik said of a Kovter sample recovered from one of the company’s customers.

The new approach allows the malware to bypass security sandbox approaches that are based entirely on macro enablement alone. The macro writers also added a restriction password on image edit to prevent the sandbox from automatically mapping the macro procedures to be activated, Gorelik said in a technical analysis of the malware.

The modified macro with the click-based execution is not the only feature that’s new in the Kovter sample that Morphisec analyzed last week. In the latest attack, the threat actors behind the campaign also used highly targeted emails to try and lure users into interacting with the macro.

“Monitoring the latest campaigns, we found the often-used ‘invoice/bill’ email pattern,” he said in the technical analysis of the malware.

The subject and content in many of the targeted emails purport to inform the victim about an invoice that is due or a payment that needs immediate attention. As with many spear-phishing campaigns, the content in the emails is designed to convey a sense of urgency and threats of dire consequences for failure to act.